Wikipedia says that Bangkok “is the capital and the most populous city of Thailand. The city occupies 1,568.7 square kilometres in the Chao Phraya River delta in Central Thailand, and has a population of over eight million, or 12.6 percent of the country’s population. Over fourteen million people (22.2 percent) live within the surrounding Bangkok Metropolitan Region.
The city is a major regional force in finance and business. It is an international hub for transport and health care, and is emerging as a regional centre for the arts, fashion and entertainment. The city’s vibrant street life and cultural landmarks, as well as its notorious red-light districts, have given it an exotic appeal. The historic Grand Palace and Buddhist temples including Wat Arun and Wat Pho stand in contrast with other tourist attractions such as the nightlife scenes of Khaosan Road and Patpong. Bangkok is among the world’s top tourist destinations. It is named the most visited city in MasterCard’s Global Destination Cities Index, and has been named “World’s Best City” for four consecutive years by Travel + Leisure magazine.”

and Lonely Planet says: “Same same, but different. It’s Thailish T-shirt philosophy that sums up Bangkok, a city where the tastes of many places are mixed into an often-spicy dish.
Full-On Food – Until you’ve eaten on a Bangkok street, your noodles mingling with your sweat, and your senses dulled by chilli, exhaust and noise, you haven’t actually eaten Thai food. It can be an overwhelming mix: the underlying flavours – spicy, sour, sweet and salty – aren’t exactly meat and potatoes. But for those who love full-on cuisine and don’t need white tablecloths, there’s probably no better dining destination in the world. And with immigration bringing every regional Thai and international cuisine to the capital, it’s also a truly diverse experience.
Fun Folks – The language barrier may seem huge, but it’s never prevented anybody from loving the Thai people. The capital’s cultural underpinnings are evident in virtually all facets of everyday life, and most enjoyably through its residents’ sense of sà·nùk (fun). In Bangkok, anything worth doing should have an element of sà·nùk. Ordering food, changing money and haggling at markets will usually involve a sense of playfulness – a dash of flirtation, perhaps, and a smile. It’s a language that doesn’t require words, and one that’s easy to learn.
Urban Exploration – With so much of life conducted on the street, there are few cities in the world that reward exploration as handsomely as Bangkok. Cap off an extended boat trip with a visit to a hidden morning market. A stroll off Banglamphu’s beaten track can wind up in conversation with a monk. Get lost in the tiny lanes of Chinatown and come face to face with a live Chinese opera performance. After dark, let the BTS (Skytrain) escort you to Th Sukhumvit, where the local nightlife scene reveals a sophisticated and dynamic city.
Contrasts – It’s the contradictions that give the City of Angels its rich, multifaceted personality. Scratch the surface and you’ll find a city of climate-controlled megamalls and international brand names just minutes from 200-year-old village homes; of gold-spired Buddhist temples sharing space with neon-lit strips of sleaze; of slow-moving rivers of traffic bypassed by long-tail boats plying the royal river; and of streets lined with food carts, overlooked by restaurants on top of skyscrapers serving exotic cocktails. As Bangkok races towards the future, you can rest assured that these contrasts will continue to supply the city with its never-ending Thai-ness.”

Exciting, isn’t it? There is so much to shoot there! Additionally people are super friendly, food is great and being there is cheap. You will love it.

There will be also several sessions of shooting “Bangkok After Dark”, so you will have a chance to learn or practise night street photography. See Maciej’s nighlife photos from Khao San Road in Bangkok: /features/khao-san-road-bangkok/.

Photos from the previous workshop in Bangkok 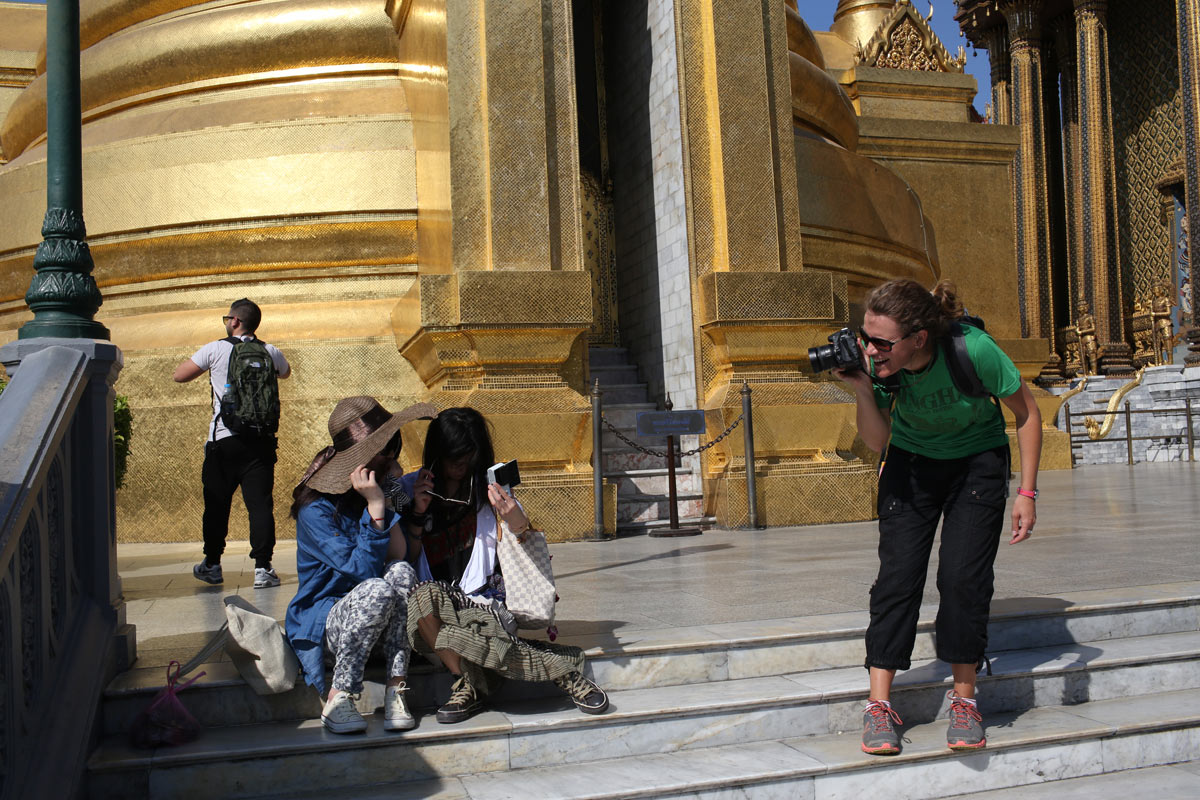 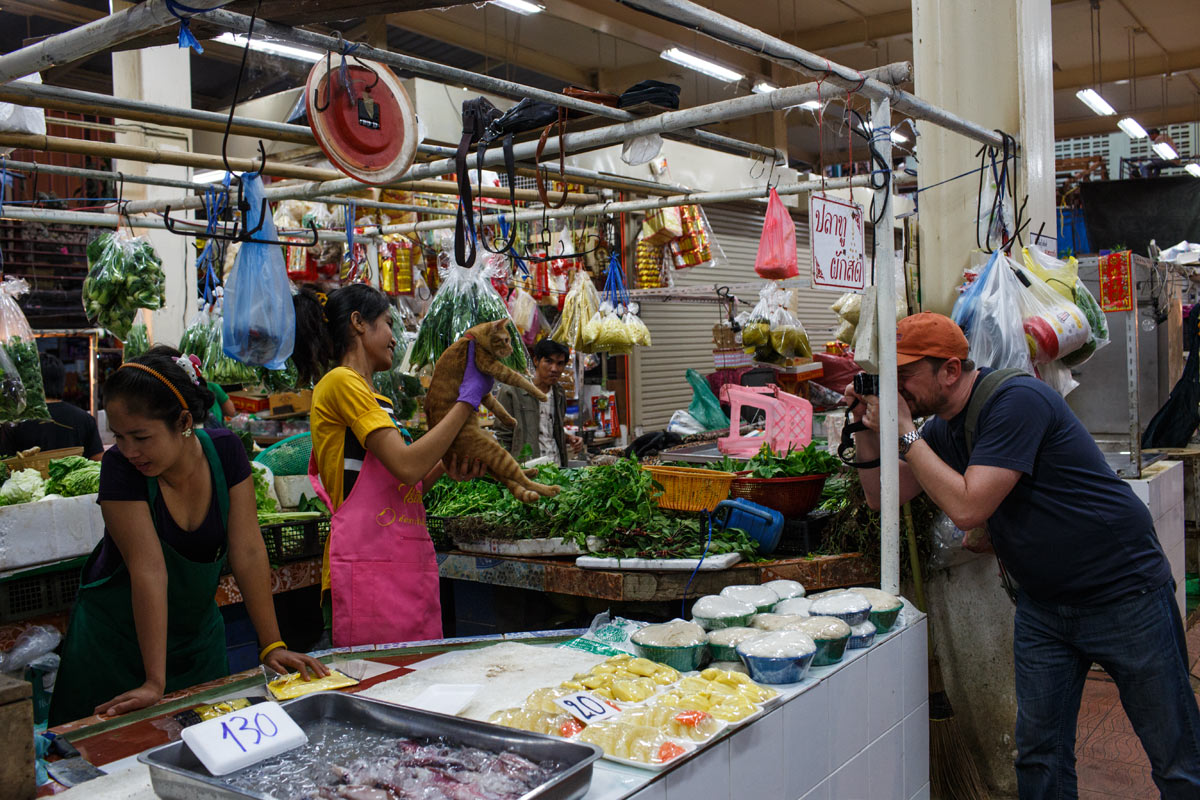 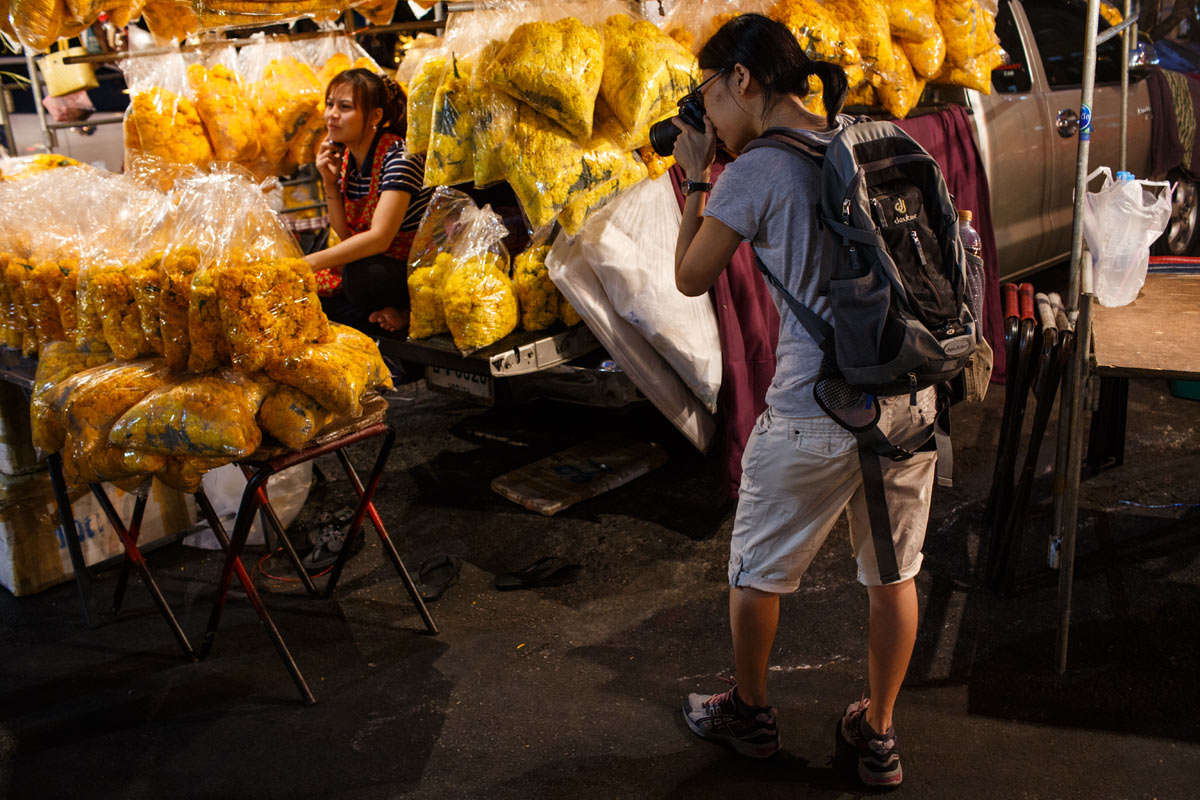 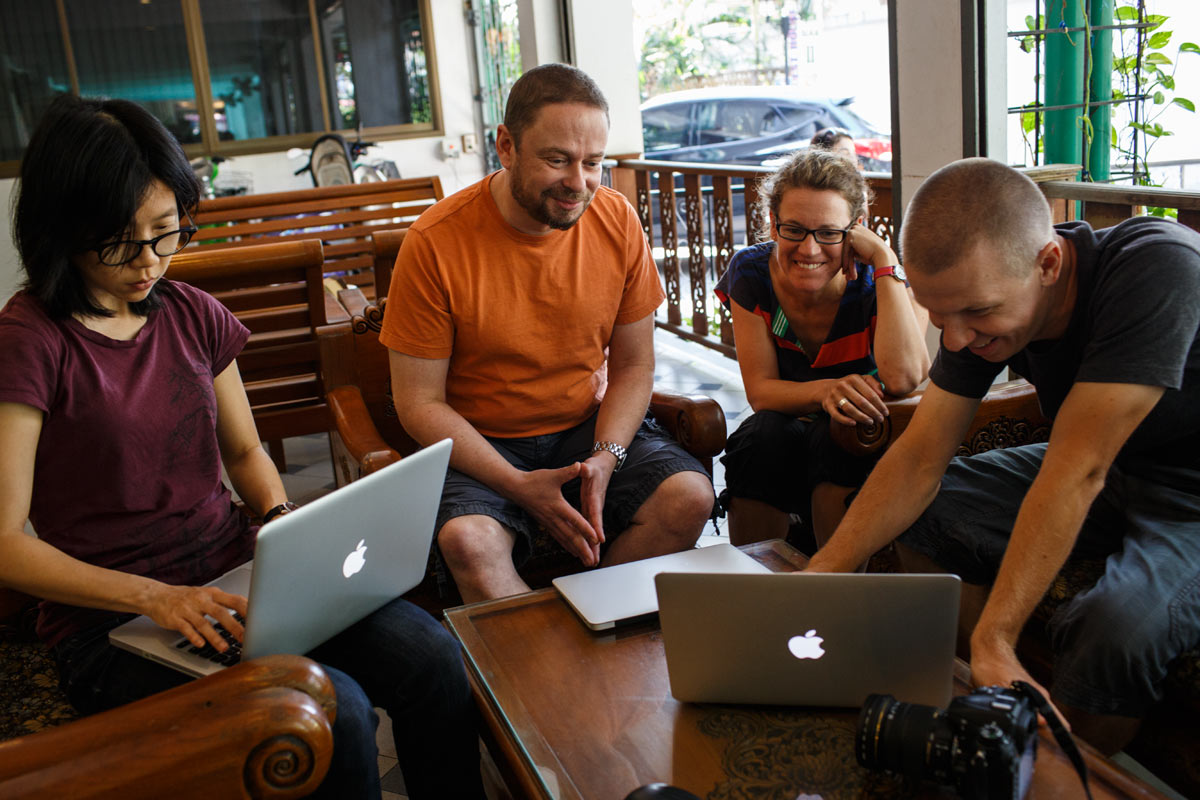 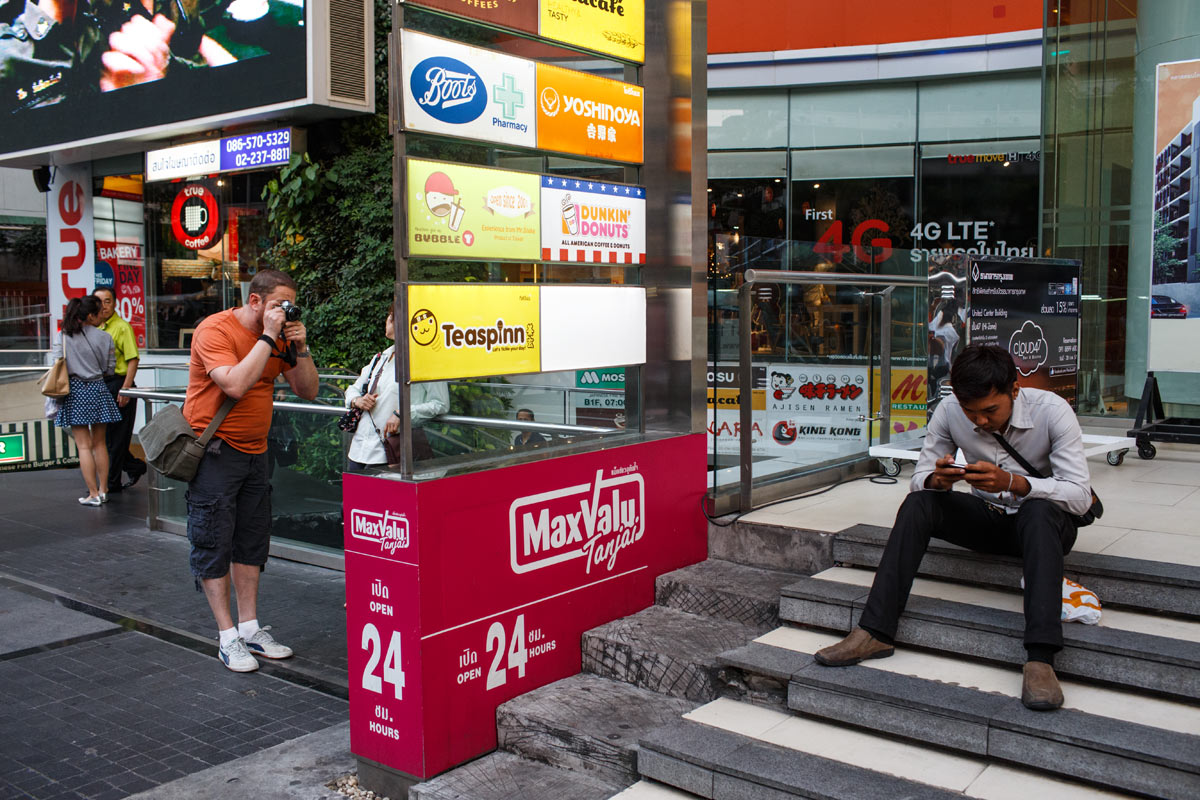 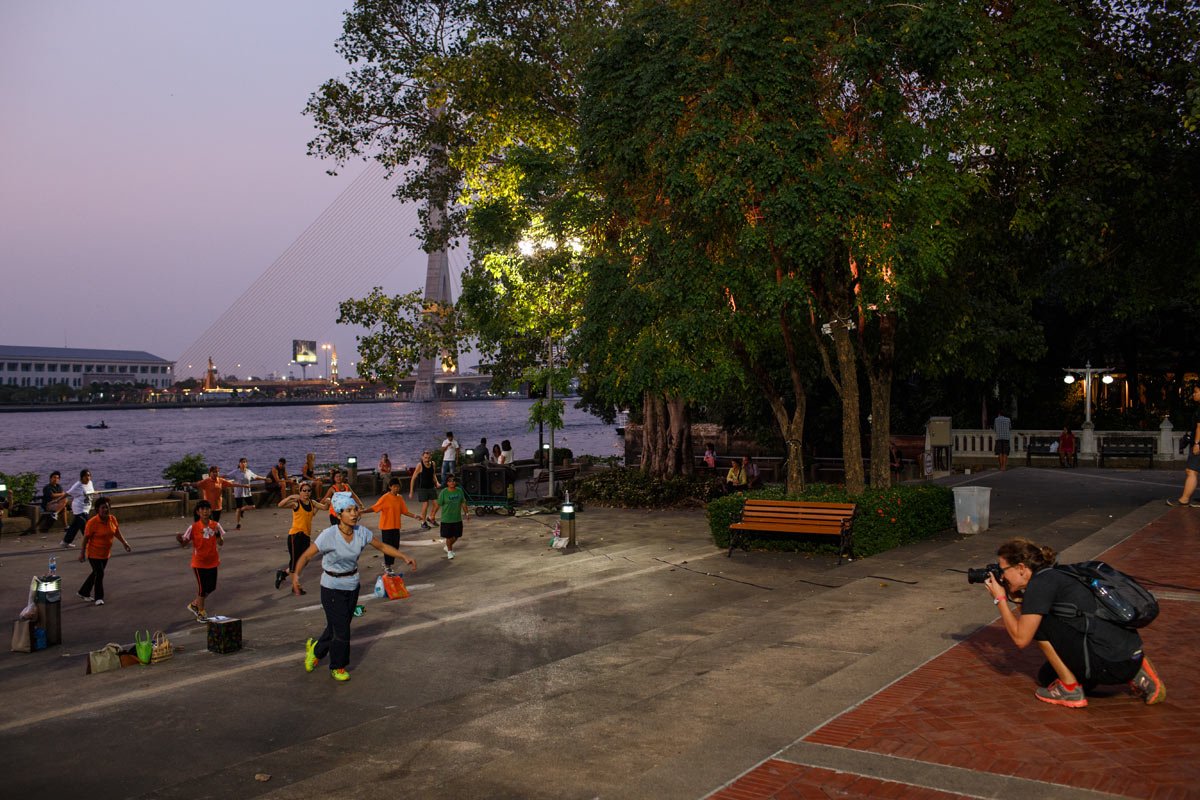 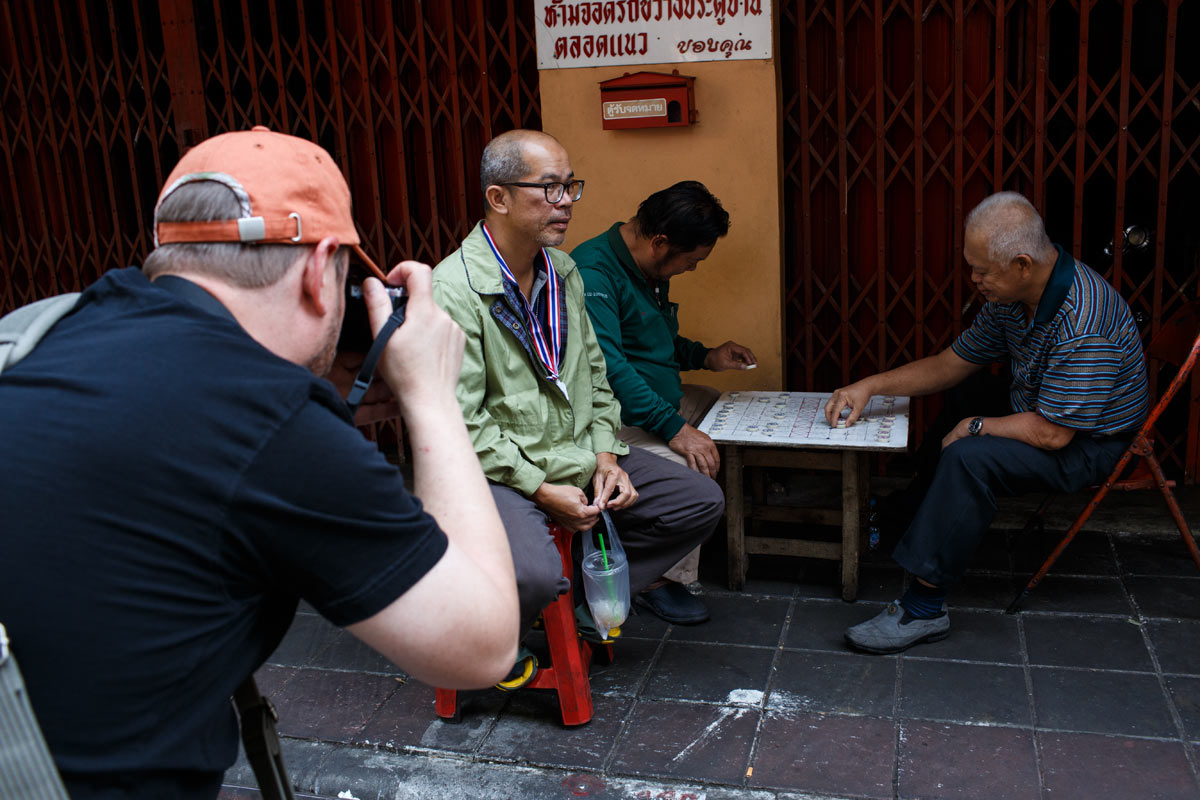 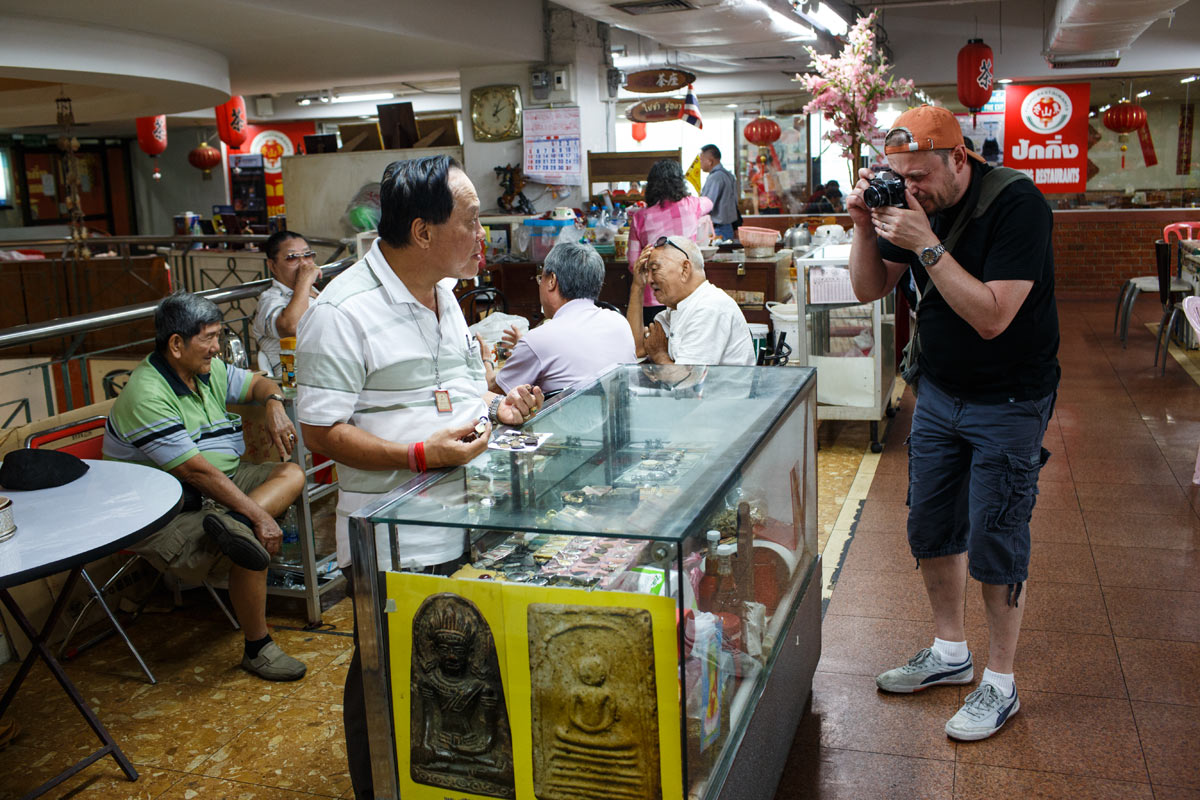 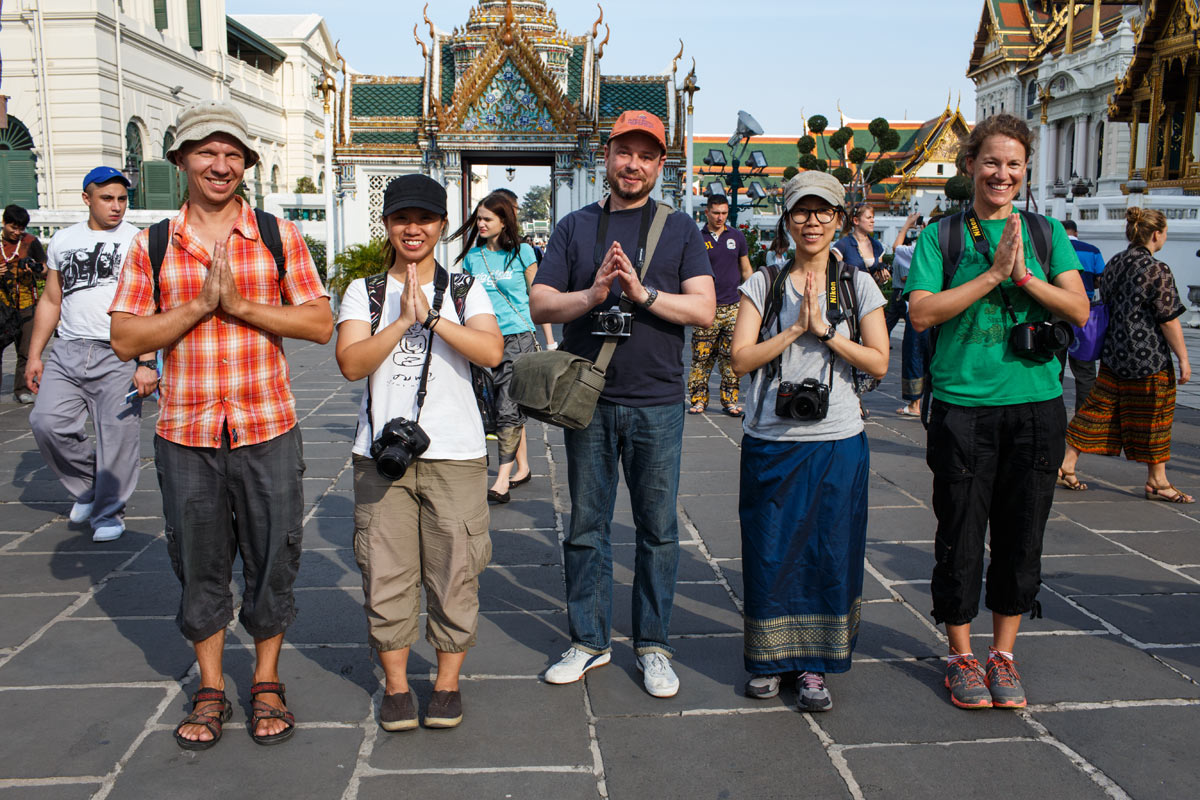 This entry was posted in workshops and tagged Bangkok, Thailand, workshop.